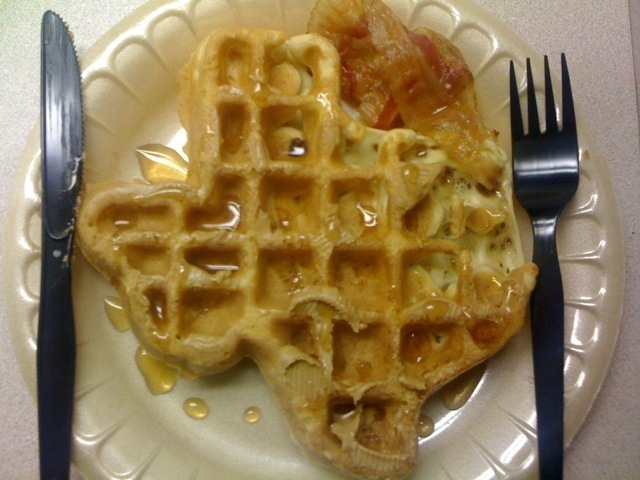 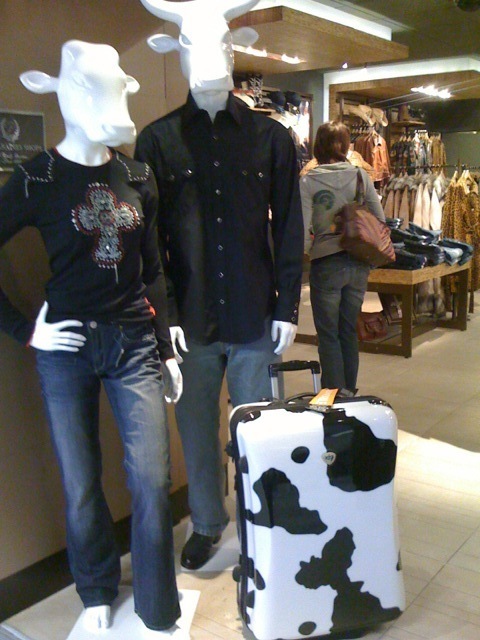 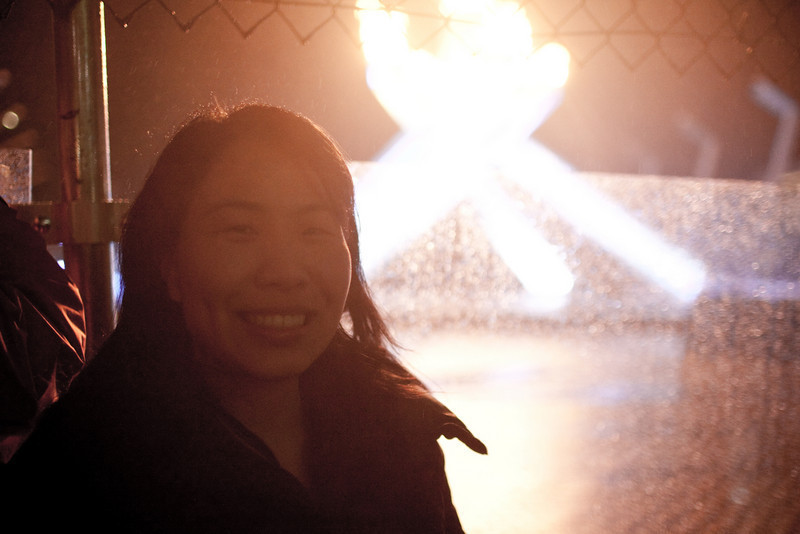 I wish I had gotten video of people chanting "JAPADOG! JAPADOG!" as we stood in line for those savory-scrumdillyumptious hot dogs.  But I didn't, so you'll have to be satisfied with these random moments of Canadian fanaticism.

Granville St. in downtown Vancouver, where they had closed off traffic so people were free to roam about in their Canada hockey jerseys, high-fiving each other randomly, shaking their cowbells, and breaking out into bouts of "Oh Canada."
And close to Robson St. where people were generally excited and honking their horns as they drove by:
And finally an impromptu rendition of "Oh Canada" on Vancouver's very own Skytrain, on the last train to Richmond that night.  I just can't imagine Americans breaking out into "The Star-Spangled Banner" on, say, BART or the NYC subway. 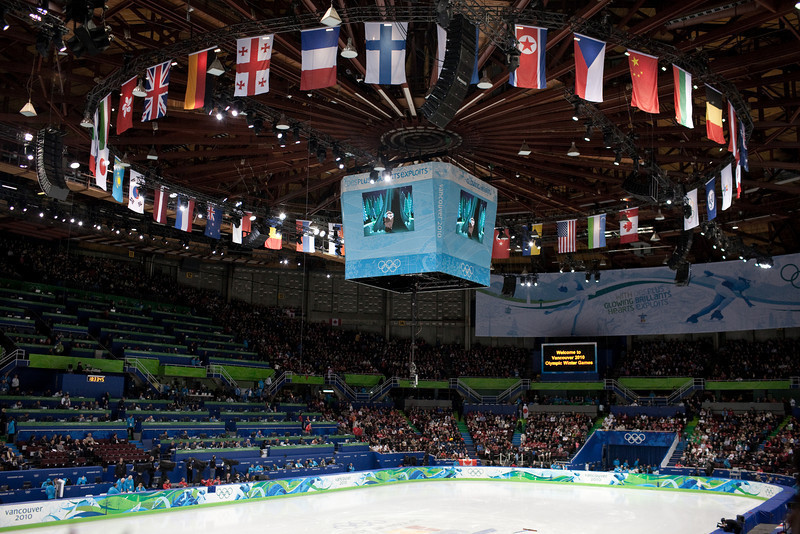 Hands down the most exciting event we could have attended.  We sat in a little pocket of USA fans, right behind a couple of girls who seemed to be short track groupies, with T-shirts that said "I Heart JR" and "Team Celski," who would scream out Apolo's name every time he came out onto the ice.

P.S. Katherine Reutter is ADORABLE.
Here's a clip of the men's short track relay, definitely such a cool event to watch.  It's like a ballet.
Here's Katherine Reutter's silver medal ceremony:
And her victory lap:
And the US men's bronze medal ceremony for the relay.  Man they worked hard for this medal!
And finally, "Oh Canada" played to honor the gold medalists in the men's short track relay. 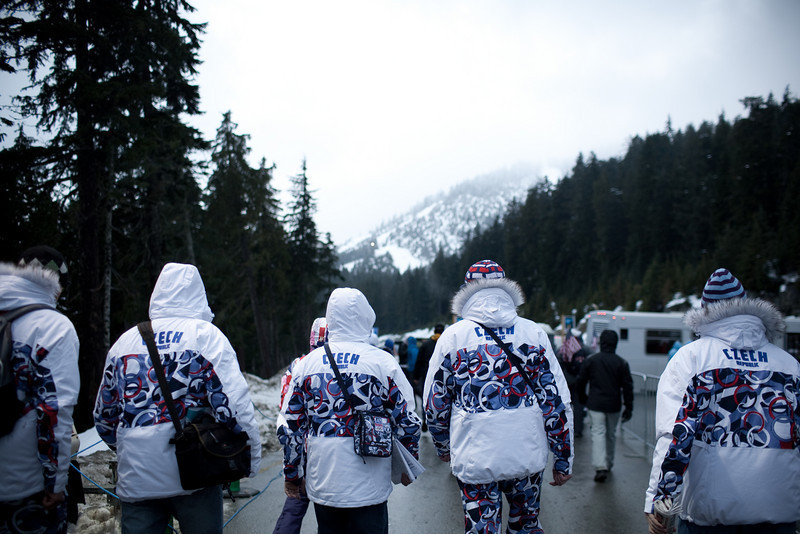 Plus, I got kick-butt video of both the Belarus guy's gold-medal winning jump, and the US guy's silver medal performance.

When he totally pushed the Canadian into the wall. 40 seconds of pure excitement. We. Were. THERE! 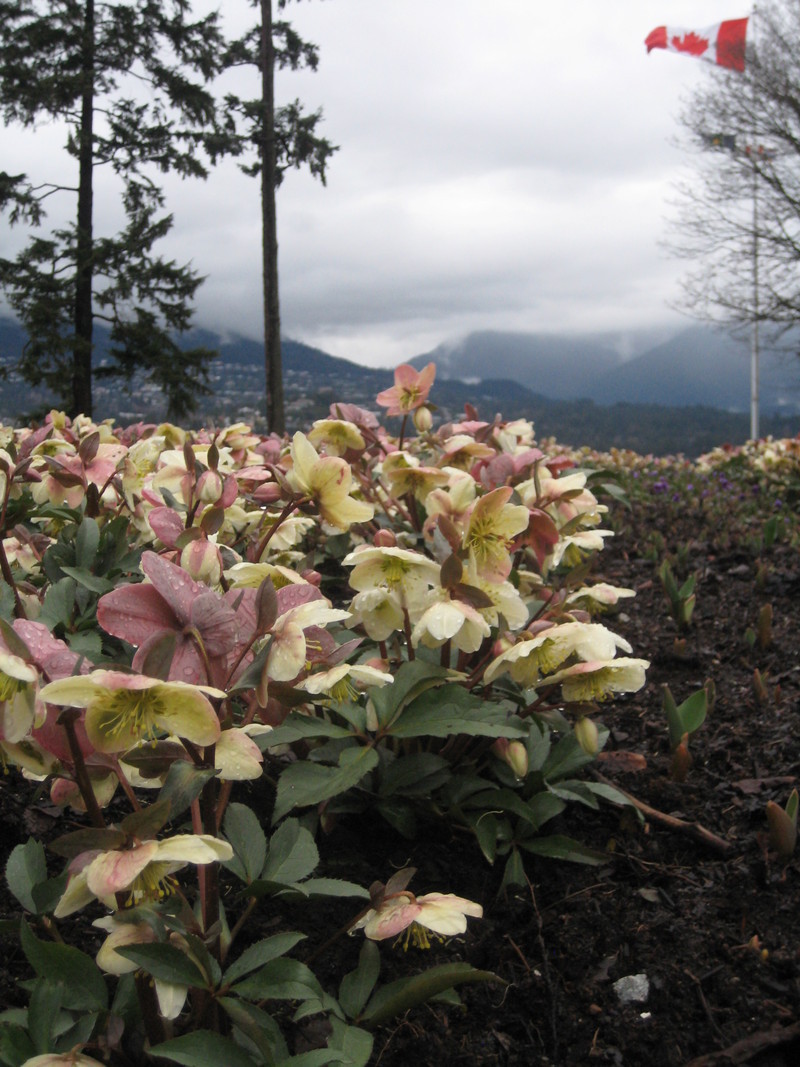 Food in Vancouver is out of this world. 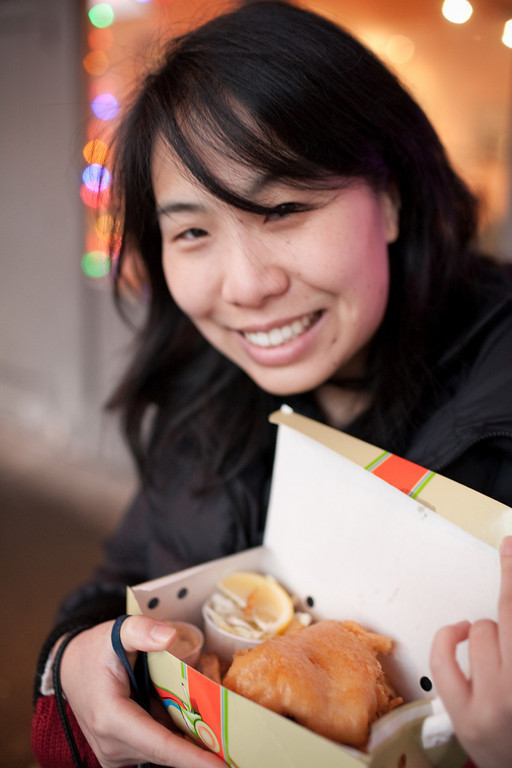 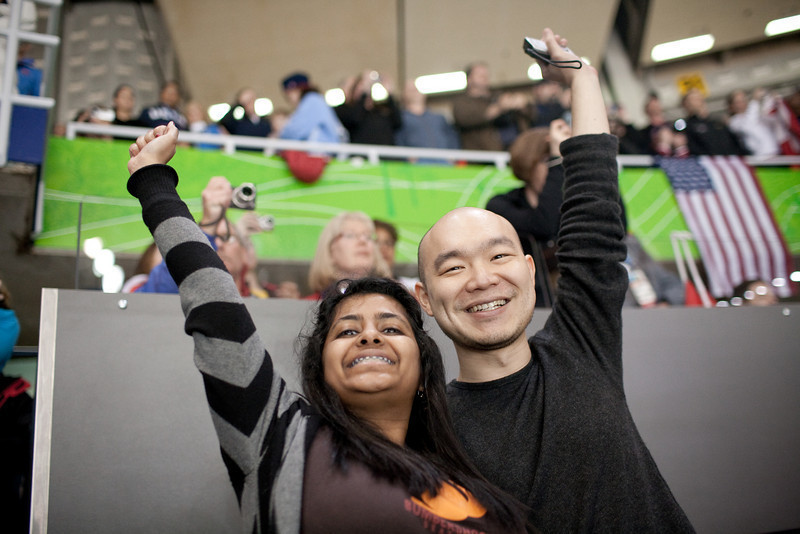