The challenge was to design a vertical structure on the island  of Cotonduba that in addition to serving as an observation tower would become a symbol of welcome to newcomers in Rio either by sea or by air once it has been host city of 2016 Olympic Games.

Designed by RAFA firm headquartered in Zurich, Switzerland, it is called Solar City Tower, chosen in  response to the initial proposal and it has the potential to generate enough energy not only for the Olympic city, but also for part of the city of Rio.  Its design makes it store solar energy during the day, while the surplus energy produced is piped to pump sea water within the tower giving the effect of a waterfall outside.  This water is reused simultaneously by turbines which are designed to produce energy during the night. These characteristics give it the epithet tower generator which is intended as a continuation of some of the resolutions taken during the Earth Summit United Nations in 1992 that took place in Rio and also promotes the use of natural resources in energy among these people.

The tower also has an amphitheater, an auditorium, cafeteria and shops accessible on the ground floor where you can take an elevator that leads to various observatories and a retractable platform for the practice of bungee. At the top of the tower, it will be possible to appreciate the scenery around the island where it will be erected and its waterfall will become a benchmark for 2016 and the city of Rio de Janeiro. 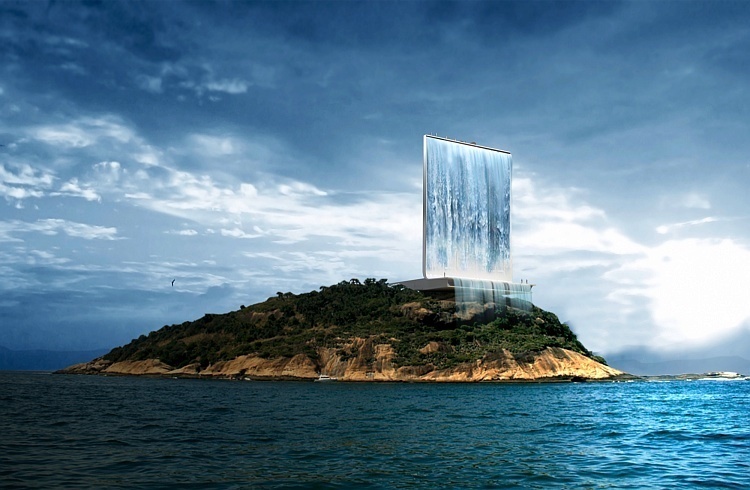